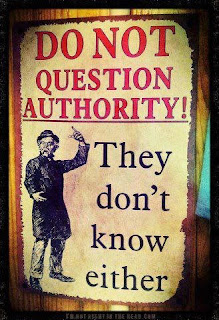 How do we understand the recent tide of indignation in the province? It is something of a conundrum to Kathy Dunderdale (listen to her 11 April call to VOCM, if you enjoy the feeling of being spoken to as though you are a small child) but to other commentators as well. It has something to do with the recent budget and its associated cuts and layoffs, but this era of austerity in the province is understood to be less severe than previous iterations of the same (one of the questions Bill Rowe puts to the premier on the call).

Of course, this needs to be framed alongside Muskrat Falls and the price tag, which through some form of economic acrobatics, is nothing to do with the financial situation of the government, and therefore nothing to do with the necessity of cuts and layoffs.Granted that this is somewhat difficult for thinking people to accept, let us assume, for argument sake, this is so. Nonetheless, the proliferation of protest and resistance to the project, notably by the NCC, as well as potential corruption and political manipulation, impacts the way cuts, layoffs, and other austerity measures are perceived.


Add to this the growing resistance to fracking on the west coast. The minister of natural resources tells a room full of people that want a moratorium on fracking that it is inconceivable for government. The next day the company that wants to frack speaks to the Corner Brook Board of Trade about how great fracking is. And while again the issue is, strictly speaking, separate from the budget and cuts and layoffs, it is this attitude of dictating to people the way things are and ignoring their pleas that stokes the fires of indignation and unrest.

Add to this the tense situation in the major public sector unions surrounding negotiations. Add to this unions already on strike (workers at St. John's airport and the provoked wildcat by workers at Labatt's brewery). Add to this the sick joke that is Canadian federal politics and the looming feeling that the people at the steering wheel have us on a crash course... and the list goes on. All of these various specific issues and concerns have come together to create an atmosphere of indignation and unrest in the province.

One striking example is that the government condescends even the legal establishment that is a primary source of its legitimacy and power. Though the government has hastily attempted to rectify this slight, what is interesting, and revelatory of the broader trend, is that they had not even deigned to consult with professionals in the field about how to cut expenses in the department. It was rather another instance of "we know best you wayward child," much as we heard in the premier's call to VOCM.

Although the current government presents a particularly acute example and has made a number of PR mistakes, none of the specific issues are entirely new, at least from the perspective of governance. In terms of budget deficits and austerity, the idea that all this has happened before and will inevitably happen again may seem a source of comfort in such times. There have been layoffs and cuts before. There has been protests and unrest before (though what is happening in Labrador right now is more like a simmering revolt). There has been corruption before. And so on...

However (this paragraph presents an argument), what is new is the scale of the crisis and the broader global context in which it must be understood -- the playing out of the endgame of neoliberal political economy. This is not a crisis that can be fixed with the election of a new government (whatever the party) because the current wave of unrest and indignation sweeping the province is in fact a collective yearning for a new politics. Even if one imagines a cyclic economics and there is a return to "the good times," this will inevitably lead back to crisis and unrest, and so this old politics is itself a dead end. Those parties and organizations that are capable of embracing and putting forward a new political vision will enjoy success in the long term. But what might a new politics look like?

Certainly there are many possibilities, some more and some less desirable. If one imagines various alternatives, it is obvious there are some paths that ought not be traveled -- dystopias -- but to imagine a new politics must not take on the characteristics of utopianism. It is not to pretend one can create a perfect society that a new politics is put forward. No politics will solve all the problems of society; however, a politics can be imagined that creates mechanisms and systems to provide opportunities for people to solve problems for themselves. The institution of forums for direct democracy in the province, for example, would bring with it a whole new set of pitfalls and would in no way fix everything, to be very clear on this point. Yet it would be (another argument) a policy that would mitigate unrest.

This is to say nothing of the specific issues the people of the province are facing. This is to say that a political system that incorporates elements of direct democracy provides more opportunities for people to participate in discussions and decisions on issues that affect them. The blended direct-representational democracy envisioned here is not all that radical a departure from our current system. The institution of a parallel direct democratic wing of government would create systems people could authentically participate in (beyond the symbolic act of voting for representatives every four years). Even though people would not necessarily get their own way, at least they have the comfort of knowing decisions are made through an open and legitimate process in which they may participate.

For such a system to work, assemblies would ultimately have more power than the elected government, and have the ability to recall or dismiss any representatives or the government as a whole. A particular community assembly could not be made to bend to the will of government or any other assembly. Following a principal of adjacency, a particular community could not be made to accept, for instance, a major industrial project if the community assembly votes it down. This is just one conception of how direct democracy might function in the province. There are many examples of blended direct-representational systems around the world we might look to for further guidance and lessons learned.

A few potential pitfalls of this hypothetical new politics:
In terms of benefits, let us leave off by repeating the hypothesis that a blended direct-representational democracy would at least make people that bit happier, since they are no longer able to blame some distant and inaccessible government for their plight. People would be all the happier if instead of being treated as if they are wayward children they were considered to be thoughtful and intelligent enough to have a say in decisions that matter to them. And while the new politics discussed here is (admittedly) ambitious, it is not beyond the realm of the possible. Practical steps toward this new system might include the institution of a committee structure for government departments, as was suggested by, among others, David Cochrane at the Harris Centre. Certainly there needs to be some sort of apparatus beyond the Department of Public Engagement, which appears to many as little more than a PR soapbox on which politicians may stand.

To conclude, perhaps a blended direct-representational system is a goal to be accomplished in small steps. Any new politics needs imagining, advocacy, and prefiguring. Prefigurations of direct democracy in the province are most important in this regard (for example, groups such as Friends of Grand River/Mistashipu, Save Gros Morne and our West Coast, the People's Assembly, Occupy NL, etc.). Such prefigurations show the problems inherent in direct democracy. Such prefigurations show something of the myriad issues facing the people of the province today. But the failure of the current system to deal with the issues people face is readily apparent. And although the rough sketch of a system envisioned here is only one among many possibilities, there are strikingly few alternatives being offered. We might look at elements of the current politics and economy in order to reform taxation, for example, but this does not address the emergent desire for authentic political participation. Perhaps now is the time when we must think bigger and demand more of our government. Perhaps we are very well positioned to be at the forefront of a new politics. Perhaps the pressing question is not whether a new politics is possible, but if we are capable of bringing it about.
at 4:25 PM

Total validation of this post in this short sound bite by Dunderdale today....