MAY 1ST -- Public Information Meeting on Fracking to be Held in St. John's 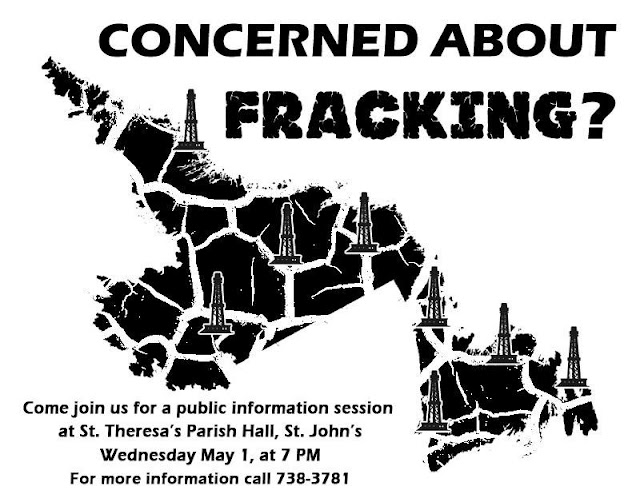 Learn more about what has already been done from allies reporting at the 4 O'Clock Whistle and other posts on fracking published on this blog.