A Message From Adbusters: Tactical Briefing #29 - Battle for the Soul of Occupy 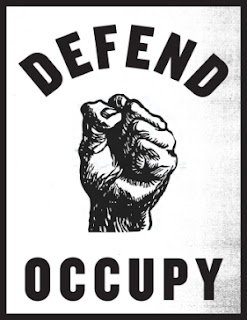 First they silenced our uprising with a media blackout… then they smashed our encampments with midnight paramilitary raids… and now they’re threatening to neutralize our insurgency with an insidious campaign of donor money and co-optation. This counter-strategy worked to kill off the Tea Party’s outrage and turn it into a puppet of the Republican Party. Will the same happen with Occupy Wall Street? Will our insurgency turn into the Democrats’ Tea Party pet? ...

Will you allow Occupy to become a project of the old left, the same cabal of old world thinkers who have blunted the possibility of revolution for decades? Will you allow MoveOn, The Nation and Ben & Jerry to put the brakes on our Spring Offensive and turn our struggle into a “99% Spring” reelection campaign for President Obama? ...

Whatever you do, don’t allow our revolutionary struggle to fizzle out into another lefty whine and clicktivist campaign like has happened so many times in the past. Let’s Occupy the clicktivists and crash the MoveOn party. Let’s #DEFENDOCCUPY and stop the derailment of our movement that looms ahead.


for the wild,
Culture Jammers HQ