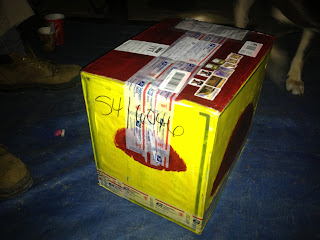 On March 1, the coldest day of the year so far  here in St. John's (-14 Celsius), a solidarity package arrived at Harbourside camp from Occupy Berkeley. And as serendipity goes on a chilly night in Newfoundland, this gift was just in the nic of time... 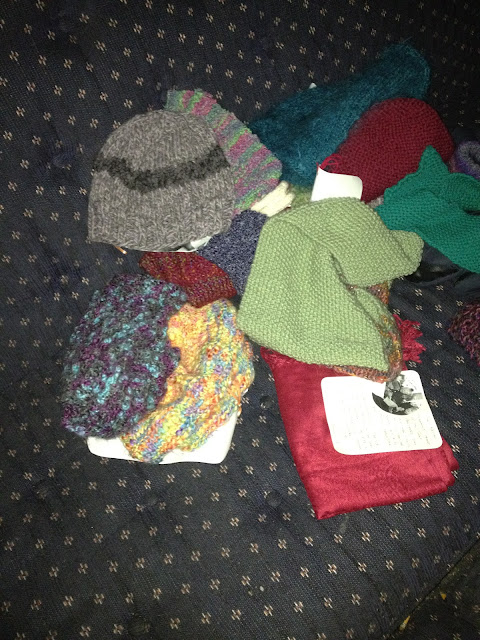 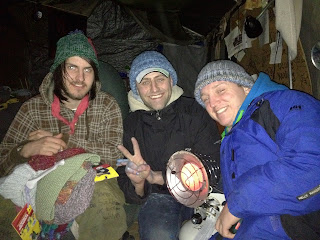 The package had been put together by an action group in Occupy Berkeley, Knit-In at the Sit-In, who have taken on the task of sending warm, knitted items to occupiers in cold locales. Along with this, they have also sent solidarity packages to Occupy Wall Street in New York, to protesters at Tahrir Square, in Cairo, and to protesters in Fukushima, Japan. 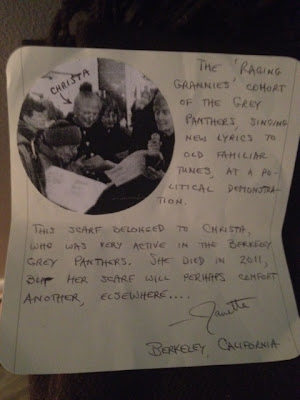 As we unpacked the items we found that many had notes and pictures attached, some of them personal messages from the knitters at Occupy Berkeley.


Other items had been included as donations from the Occupy Berkeley community. This note was pinned to a scarf that had belonged to Christa, who was part of the "Raging Grannies" cohort of the Grey Panthers. 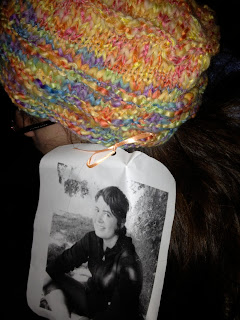 Receiving this solidarity package warmed not only our hands and our necks and our feet -- it even more warmed our hearts. To know that such time and care had gone into each and every stitch, to learn that reaching out and standing up together can happen just like that, and to see (ever more clearly) that love knows no borders...Occupy Berkeley...thank you for this gift!
at 1:41 AM

such a great idea!

Solidarity from Seoul! Best Wishes! As we used to say back in the 1970s, "Don't Agonise, Organise!" The history of grassroots change is full of stories about small groups pooling resources and inventing new techniques to improve their lives,- the Rochdale pioneers, fishers'/farmers' co-ops and so forth.